Immigration has become a major issue in the United States. It was also one of the key reasons President Trump launched his campaign in the first place. Following terrorist attacks in the country, particularly the incident in New York where a Uzbekistani man used a truck to run people over, immigration has once more entered the forefront. It was discovered not long after the attack that the terrorist in question was allowed into the United States in 2010 as a result of the Immigration Act of 1990; more commonly known by the names “Diversity Visa Lottery Program” and “Green Card Lottery”.

An article from the Washington Post says that the programs allow people from countries that have low immigration rates a chance to enter the United States. Each year sees around 50,000 such visas issued and millions apply for them. Less than 1% of the people that apply are subjected to a background check and – in the event they pass – receive their green card. This green card makes them a permanent resident of the United States and is the first step on the road to full citizenship.

Not long after the identity of the attacker came out, President Trump proposed that Congress should end the program and instead introduce an immigration system based on merit.

This call to end the program, however, is ridiculous and completely uncalled for. The proponents for the law argue the majority of citizens the program welcomes into the US are law-abiding citizens that do nothing wrong. Supporters of the law also say it enhances the diversity of the nation.

Two-thirds of the lottery winners in recent years have come from Africa and Eastern Europe. The US Department of State released figures showing some 80,000 applicants from Europe, Africa and Asia were chosen in 2015 alone.

America is a land of immigrants. The visa program has helped to sustain the diversity of the country. Diversity is what makes America strong, and it does this in many ways; including innovation, education, entertainment, politics, and the economy. One major reason people from all over the world want to live the American dream is that the country is one of immigrants. America is also a land where anything can happen. Millions of people head to the United States in order to carve out a better life for themselves and the people they loved. America is a place where anything is possible for those who work hard; no matter creed, color, or religion.

The Diversity Visa Program transforms the lives of thousands of people and their families. I know this because it transformed the life of my family. My mother was lucky enough to win the Diversity Visa Lottery Program 18 years ago. It was less than a year later that my father, my siblings, and myself were able to come to the country and reunite with her. My mother worked hard to ensure that everyone else was able to make it to the United States, and my family have worked hard since we got here. My parents wanted nothing more than to give me and my brothers a better life. The same could be said of thousands of other families entering the country through the Diversity Visa.

Recipients of the visa are heavily vetted and have criminal background checks and medical examinations performed on them, according to the Washington Post. The United States strives to be cautious when choosing who is and isn’t allowed into the country through the program.

Ending the program entirely wouldn’t do anyone any favors. The country needs more diversity because it is diversity that fuels progression. The law has also helped many immigrants across the world live the American Dream. My own life, and the lives of thousands of other people wouldn’t be possible if it wasn’t or this program. I believe that it would be nothing short of a colossal mistake if President Trump was to terminate the Diversity Visa Program.

But for now the Diversity Visa Program is still alive and you can apply directly on US GREEN CARD OFFICE official homepages.

How I won the Green Card Lottery in the United States

I moved to United States

What can a survey tell us about immigration in the USA?

Donald Trump’s Oval Office address to the nation about the border...

Republicans new strategy for fixing the US Health Care System

What is a Green Card 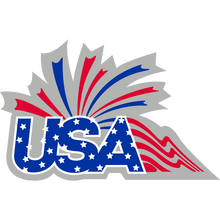